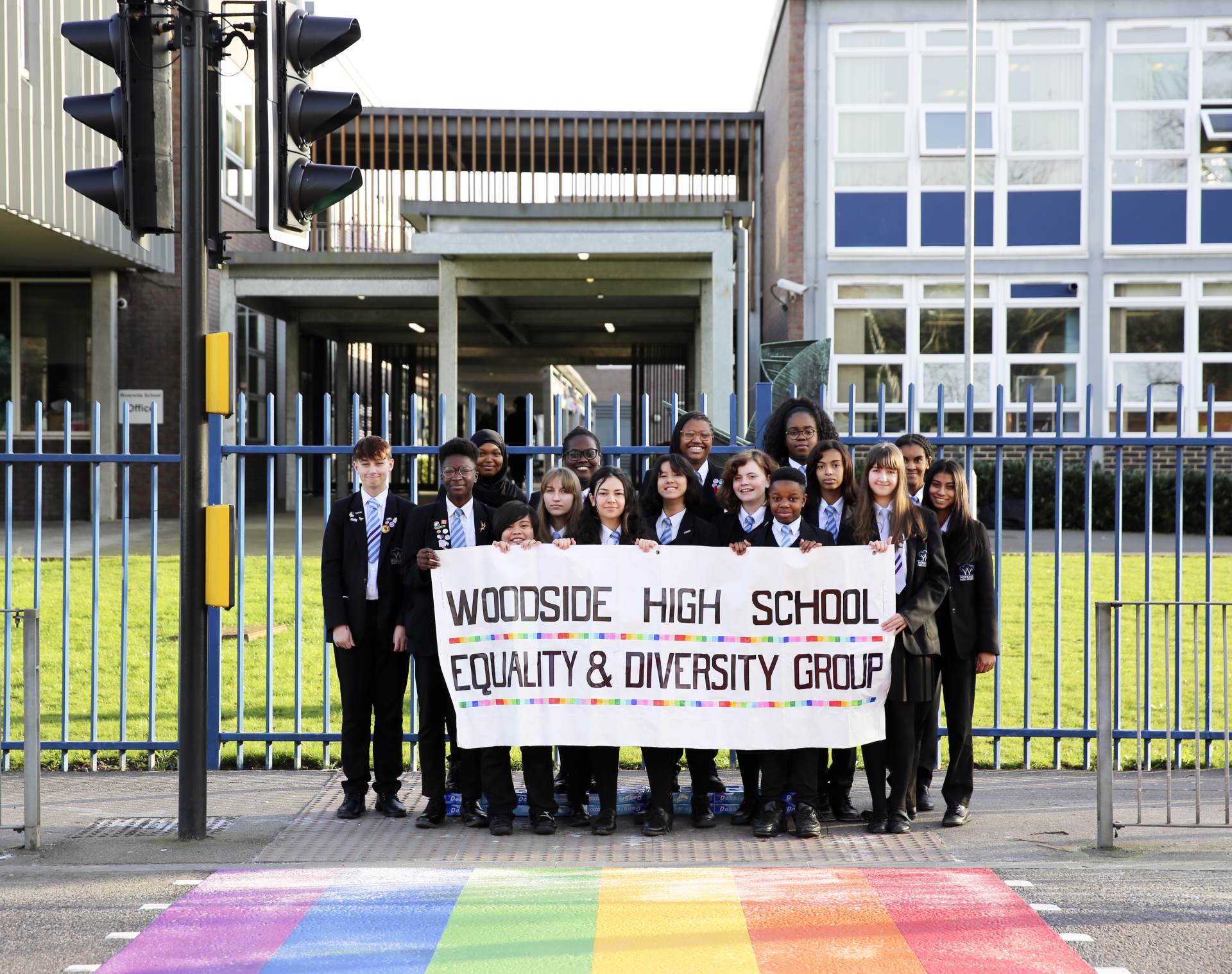 February is LGBT History Month, a month where Woodsiders promote awareness, celebrate this important part of our history and our present, and encourage social justice and equality.

LGBT History Month is important because pride commemorates our history, celebrates accomplishments and allows us to celebrate LGBTQI+ identities in public. It also sets examples for other countries that aren’t welcoming of LGBTQI+ people, and reminds us that we still have a long way to go in order to obtain complete social justice.

The shocking facts are

The theme for LGBT History Month 2020 is Poetry, Prose and Plays. The Equality Group have made tutor time activities for the whole school to take part in around that theme as well as putting up information about LGBTQI+ writers, poets and authors all around the school. Students have also taken part in poetry and spoken work workshops with poet Bad Laydee and performed their work during assembly.

LGBT History Month and Pride comes from a long history of a community that has suffered oppression, violence, inequality and hate. The fact is that LGBTQI+ people’s lives are currently criminalised in 72 countries. LGBTQI+ people’s lives are punishable by death in 8 countries. Many people are still living under the shadow of oppression and hate. Even in countries where being LGBTQI+ is legally protected, people fear being able to be themselves. That fear can have a deep and lasting impact on people’s lives, and it’s terrible, but the good news is that we can actually do something about it. We can do something about it by not letting hate win, but not being bystanders and standing up for equality. We all want to be treated with respect and dignity. We all want to be cared for and recognised for who we are.

There are lots of things going on at Woodside throughout the month as part of our LGBT History month celebrations. We want everyone at Woodside to get involved so we have designed special “Woodside Pride” rainbow badges so that the whole school community could show their support. The Equality Group have made a film for everyone to watch on why this work is so important (which you can watch on our YouTube Channel) and we are also delighted that we were successful in our campaign to get the first rainbow crossing outside as school in London put up this week – a permanent symbol of our commitment to equality and challenging hate in all its forms.

Many of you will now have seen Woodside’ historic rainbow crossing and the media attention is has received. We have been featured on the BBC news, ITV News, The Times, the Metro, The Independent, The Independent, The Guardian, The TES, The Border Telegraph in Belfast, Kent News, The Barrhead News, Express and Star, Wandsworth Times, the Evening Express, the Daily Mail, The Mirror, the Northern Echo, Swindon Advertiser, Attitude, the Irish Times, This is Money, Pink News, Leeds Live and Lancs Live – so far. We are so thankful that we have such a fantastic community in Haringey and to have received hundreds and hundreds of messages of support.  We have received letters, emails, messages from all over the world as well as hundreds from local residents, families, businesses, schools and organisations. These messages have been hugely overwhelming and deeply appreciated. It is wonderful to know there are so many good people in the world as committed to challenging prejudice as we are. 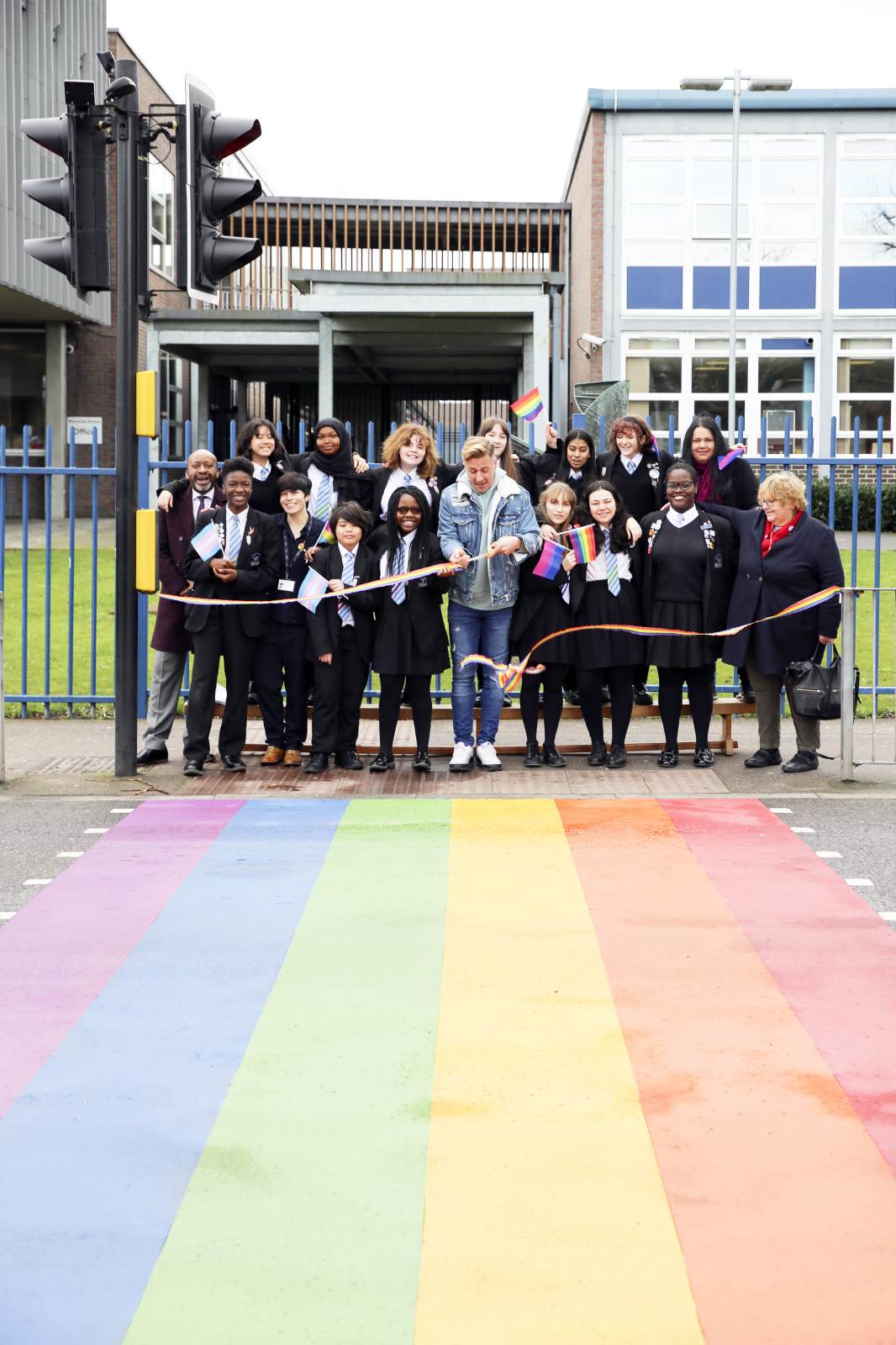